Zeugma’s history dates back to ancient times. It is an ancient city, established by the generals of serving Alexander the Great, around 300 AD. Today, the city is located within the borders of Belkıs Village of Nizip County of Gaziantep Province. The city was named Selevkaya Euphrates when it was first established. Shortly after that, the city came under the domination of the Roman Empire and started to be called Zeugma, which means “bridge.” Used as a port, this historical place carried great commercial importance.

The ancient city became famous worldwide for its mosaics from the Roman Period. Excavated from Zeugma remnants, these mosaics were displayed at the Gaziantep Archaeology Museum for a while, then transferred to the Zeugma Mosaic Museum. 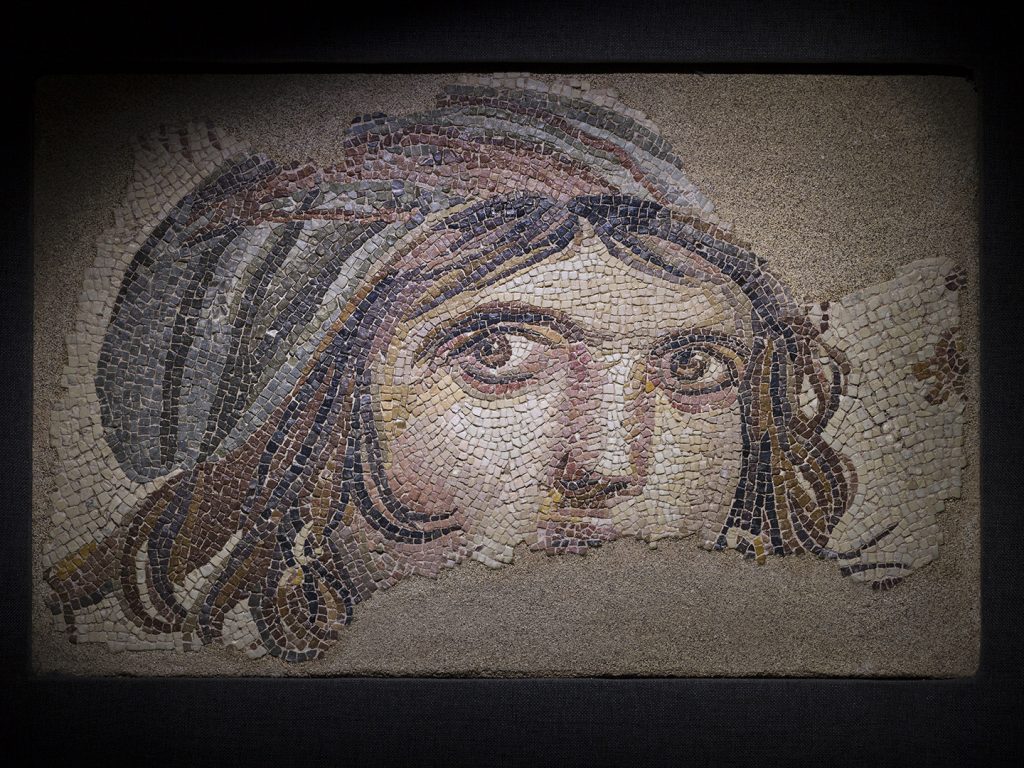 The first excavations in this area were started by the Gaziantep Museum in 1987. According to early research, studies continued in graves and the front areas of ancient Zeugma. The first artifacts reached were the statues, hidden by smugglers of the time. In 1992, a tunnel opened by treasure hunters in the middle area of the ancient city was discovered when a warden informed the authorities. When entered inside from this tunnel, it was seen that the floor was covered with mosaic figures. Because of this find, detailed excavations began and various mosaic figures applied to the ground and even a Roman villa were discovered. One of the foreign archeologists who joined this excavation, David Kennedy, realized that the middle part of one of the artifacts had been stolen. Upon further research, it was found out that these stolen parts were in the U.S.A. Later, the parts were recovered and thus Belkıs Village gained more importance.

There are many ancient cities in Anatolia but for several reasons, Zeugma Ancient City in Belkıs stands out. One reason is that there are uniquely designed statues here. One is Bulla, made with seal pressing. Made of earthenware, these artifacts reflect the history, social life, and religion of the period. Another historical artifact is Ares Statue. Belonging to the Roman Period, this bronze statue symbolizes power and abundance. As it stayed under earth throughout the centuries, this statue is covered in layers of limestone. There are also burn marks on the statue. Frescos are also important historical artifacts. Zeugma frescoes include mythological figures, peacock figures, bald ibis figures, and flower figures. They were made by putting thin and filtered sand on dry plaster. Reflecting beliefs of their periods, these frescoes were detailed with geometric figures.

İkiz Roman Villa and Ayvaz Hill Roman Villa prove to us the richness of the period. İkiz Roman Villa was burned during plunders. Since the villa remained buried under the earth for so long, it was actually preserved and its riches protected from treasure hunters. This helped protect it from treasure hunters. There are many mosaic artifacts and frescoes inside the villa. Ayvaz Hill Villa is made up of rooms designed between galleries, with eight columns. Decorated with geometric figures and human-motif mosaics, this villa was found in 1992. The weddings of Ariadne and Dionysus are also portrayed on the decorations of these mosaics.