The expression “Every Turk is born as soldier!” is among the slogans shouted in the farewell ceremonies for soldiers, which is one of our social traditions. And it actually tells a historical truth. According to some historians, the 5000-year Turkish history begins in Central Asia with the oldest army ever. In the Central Asian steppes where the nomadic culture is dominant, the Turks come to the forefront with their combativeness. This information is derived from the Chinese resources of that period’s most aggressive races. With their mythological, historical, and geographical background, the Turks are known for their heroism at many points in the history of the world, and they bear the rare title of the soldier nation.

Metehan and the First Army

Metehan, who is one of the immortal rulers of the Hun State, is also known by his name Oğuz Kağan, and he established the first army when he first ascended the throne in 209 BC. Nowadays, 209 BC is accepted as the foundation date of the land forces. Metehan, who was also acknowledged as a military genius, made the Turkish land army with 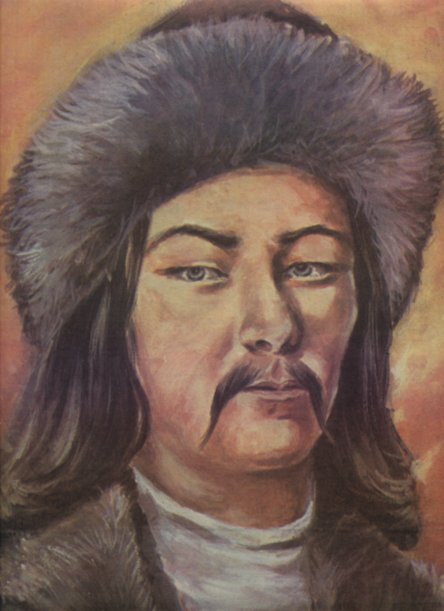 Metehan, who is one of the immortal rulers of the Hun State, is also known by his name Oğuz Kağan

10,000 horses. The horse army was preferred in order to have high mobility in the geography. This army, which was given the name “division” and had already been systematized at that time in decimal numbers, embodied a structure that descends hierarchically from top to bottom. The division was divided into 1000s, thousands were divided into 100s, and hundreds were divided into 10s. The military officers of these units were named respectively Corporal, Captain, Major and Division Head, and those titles continue in the hierarchical structure of the present Turkish army.

Regular army conception that started with Metehan has continued to present time without any interruption. After Metehan, in the era of Gokturks, Uyghurs, Seljuks and Ottomans, the regular army concept was always maintained.

When the regular army was made more systematic, two wars played a major role. The Dandanakan Battle in 1040, which is one of them, was the first spark to prove the power of the Turkish army to the whole world. Later on, the 1071 Malazgirt Battle made the geography we live in today as a Turkish dwelling. The reign of the Byzantines in Anatolia, which is almost as old as the history of mankind, ends with this battle, and the whole world begins to recognize the Turks.

With the establishment of the Ottoman State in 1299, which is one of the longest surviving states in the world, the Turkish army also gained a different dimension. Although the organizational structure in the Ottoman army showed differences in the establishment phase, it began to really take shape in the Murat I time. This army, also known as the first with trooper in the history of the world, has accomplished many important successes with horseback riders. Later, the pedestrian units have been added.

The janissaries that changed the fate of the Ottoman Empire and the history of the world were established in this period. The janissaries, who were never married, showed the first example of the concept of today’s mercenary soldiers. The salary named as ulufe was created at that time as well. The janissary organization is an interesting structure formed by the cultivation of children between the ages of 8 and 10 from non-Muslims. The guild of janissaries get different training along with war training, and during the war, the sultan is protected in the midst of the janissaries. The most important role of the Turks in the settlement of Rumelia was the success of the janissaries. However, in time, the guild of janissaries, which began to have problems with the Sultan and the administration, was abolished by Mahmut II in 1826, and from this date, a new era of the permanent army began in the armed forces.

The Turkish army, which has made itself known throughout history with its historical background and success, still gives fear to the enemy and confidence to the fellows. The Turkish army today consists of the Land Forces Command, the Naval Forces Command, and the Air Forces Command organizations within the Presidency of General Staff. In addition, the Coast Guard Command and the Gendarmerie General Command are different organizational structures working in coordination with the Ministry of Interior.

Today, with its numerical values, the Turkish army is considered the world’s 8th largest army, consisting 400,000 regular soldiers, 360,000 reserve soldiers, and over 700,000 privates.